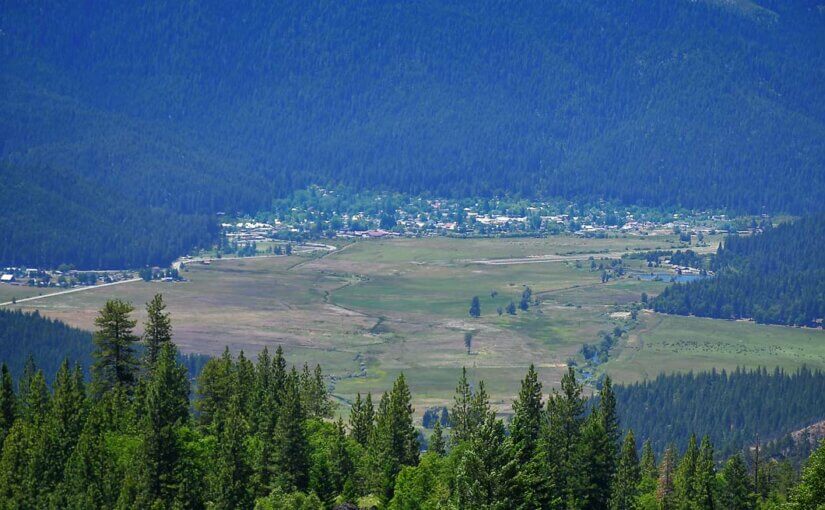 Located halfway between Oroville and Reno on the Feather River National Scenic Byway, Quincy and its surrounding neighborhoods total nearly 5,000 residents, the largest community in Plumas County. Situated in the lush and expansive American Valley at 3,432 feet elevation, Quincy is known for its rolling green ranchlands buttressed by towering peaks, beautifully preserved historic buildings and a vibrant downtown area.

Before settlement by white pioneers in the early 1850s, the American Valley was home to the Mountain Maidu tribe, as the valley provided ample sun, water, good soil and habitable weather for year-round living. The Mountain Maidu escaped summer heat up into the mountains above Quincy, including the Buck’s Lake area, prime hunting grounds for the tribe.

Originally affiliated with Elizabethtown, a Gold Rush mining camp, Quincy came to be in 1858 after settler Hugh J. Bradley donated land and laid out the town, naming it after his Illinois farm (allegedly named after the sixth U.S. President, John Quincy Adams). Soon after the town was established, hordes of miners surrounded the American Valley, hunting up countless streams and tributaries of the North and Middle Fork of the Feather River, finding extensive pockets of auriferous gravel.

The completion of the Western Pacific Railroad in 1910 saw the rise of lumber in Quincy, as well as the town’s growing community of African American loggers who moved to Quincy, leaving the deeply segregated south and its dying logging camps. By 1940, 40 percent of Quincy’s population was African American. Even more remarkable was the rapid desegregation in Quincy; schools were fully integrated in the 1940s, and in the Spring of 1954, Quincy High School had its first African American student body president. Although there were still challenges, Quincy’s African American citizens experienced integration far earlier than the rest of the United States.

In the early 1990s Quincy made national news, having significant impact on federal land management policy with the formation and success of the Quincy Library Group. Fed up with watching the area’s once healthy forests become overgrown, then county Supervisor Bill Coates approached environmental attorney Michael Jackson, and met with Tom Nelson, a forester with Sierra Pacific Industries, California’s largest private landowner and the primary employer of the town at its Quincy sawmill.

The Quincy Library Group Forest Recovery and Economic Stability Act of 1997 was one of the most important pieces of environmental legislation ever created, not only because it passed almost unanimously in the House of Representatives – 429 to one – but also because it balanced environmental concerns with the preservation of local forestry and logging jobs. After the overwhelming majority vote, Supervisor Bill Coates was quoted as saying, “You couldn’t get a deal like that voting for the American flag.”

Quincy is home to the Plumas County Museum, offering an extensive and interactive history of not only the town, but the entire region. Located in the historic Variel Home built in 1878, the building was renovated over the course of seven years and dedicated to the Plumas County Museum Association, Inc. in 1996. A visit to the museum during operating hours is highly recommended, as their collection of artifacts, exhibits, photography and literature is extensive, and tells a fascinating story of Plumas County. More information can be found at plumasmuseum.org.