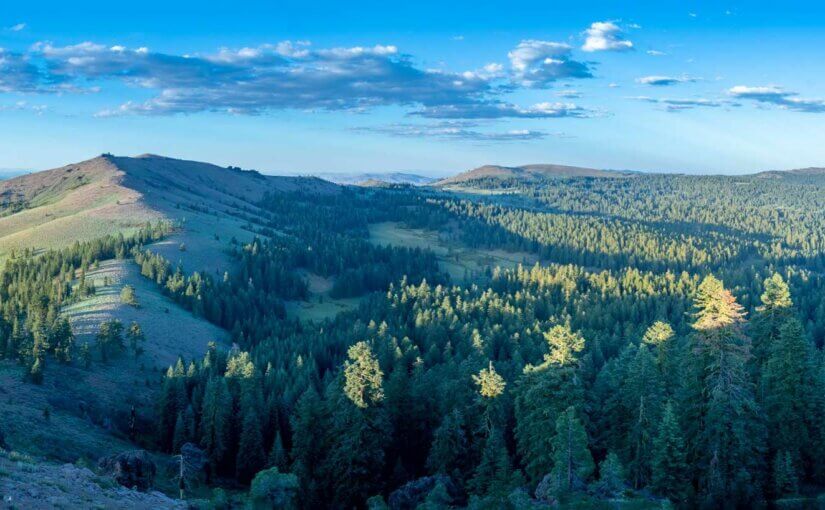 Situated at 4,186 feet elevation along the Susan River on the northeastern corner of the Sierra Nevada, the city of Susanville has a unique and colorful history, established in the aftermath of an 1863 skirmish called the Sagebrush War. Before the war, the area was known as Rooptown, named after the Isaac Roop, one of thousands of emigrants who camped at the foot of the Sierra Nevada before making the final push to the coast. Rooptown was a popular stopover thanks to its lush grasses and ample water, something emigrants hadn’t seen for hundreds of miles while crossing the Nevada desert.

In 1853, Isaac Roop constructed a cabin that became a trading post, and later, a fortification used during the Sagebrush War. The war was rooted in a boundary dispute about Rooptown and whether it was in Plumas County of California or Roop County in the Nevada Territory. The citizens of the area played both sides against each other, refusing to pay taxes when both territory’s officials would appear to collect, claiming they were residents of the other territory.

Soon this lack of tax collection came to a head, and after legal wrangling between the two territories could not solve the problem, posses were formed and a gun battle between the two counties ensued, using Roop’s cabin as a stronghold against Plumas County, which became known as Fort Defiance. After four hours of shots fired back and forth with only a few non-lethal casualties, both sides realized this dispute wasn’t worth dying over. To this day, Roop’s cabin stands, bullet holes and all.

As a result, the California/Nevada border was resurveyed from Lake Tahoe to the Oregon border, and the results showed Rooptown in the state of California. To appease the residents who did not want to be annexed into Plumas County, the state legislature created Lassen County in 1864, making the new town of Susanville (named after Susan Roop) the county seat, which it remains to this day.

Susanville had a long stretch of economic health thanks to strong logging, farming and mining economies. But by the 1960s, these industries waned, landing the community in economic hardship. Susanville had the California Correctional Center that opened in 1963, but it wasn’t until the construction of the High Desert State Prison, California in 1995 that the population – and the jobs that came with it – started to skyrocket. The Census shows this growth, with Susanville’s population expanding from 7,279 residents in 1990 to 13,541 in 2000, an 86 percent increase.

The overall economic and social health of Susanville as a “prison town” has been debated by locals for years, but one thing about Susanville is undeniable; it is rich with natural beauty and breathtaking terrain, especially in fall with vibrant changing colors on the mountains towering above town. Just as the emigrants found Rooptown an attractive stopover on their overland journey, modern day adventurers will find Susanville an ideal waypoint in the Connected Communities network of trails.