Connected Communities -Reno and Verdi – Gateway to the Lost Sierra 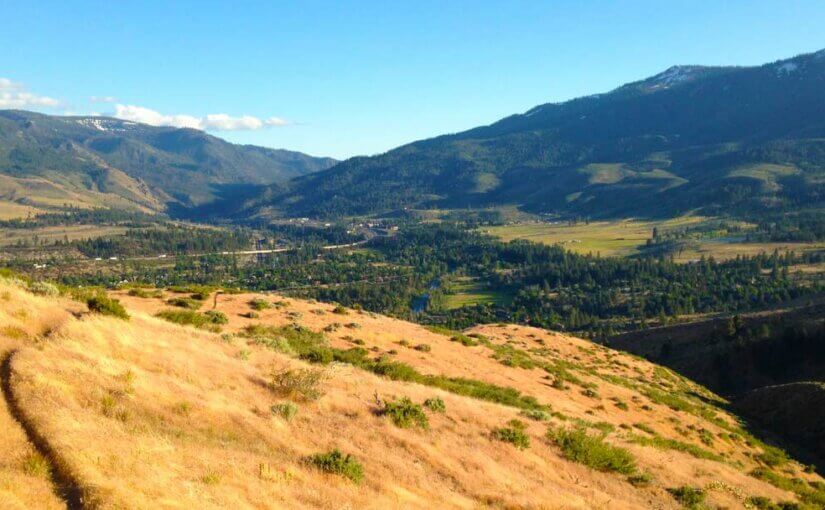 As the largest community in the Connected Communities project, Reno, Nevada is home to more than 250,000 residents growing by the thousands each year thanks to its good weather, growing economy and proximity to Lake Tahoe. And because Reno boasts an international airport, an Amtrak stop and the intersection of Interstate 80 and Highway 395, the city is an ideal jumping off point for adventurers headed to the Lost Sierra.

Downtown Reno is situated along the Truckee River, a huge recreational draw for kayaking and rafting, as well as its status as a world-class angling river. Unlike most rivers west of the Continental Divide, the Truckee river doesn’t flow to the Pacific Ocean. Instead, the Truckee River flows east 120 miles from Lake Tahoe into the Great Basin of Nevada, where it empties into to Pyramid Lake.

To anyone visiting Reno for the first time, the town’s “Biggest Little City in the World” moniker rings true. Within only a couple blocks, one can walk from the heart of downtown and its many bustling casinos into a quiet residential neighborhood. Also within walking distance from downtown is an extensive network of singletrack trails starting at Rancho San Rafael Regional Park, climbing the south face of Peavine Mountain.

But before Reno ever existed, the first outpost in the Truckee Meadows was Verdi. Located ten miles west of Reno in the east slope shadow of the Sierra Nevada right on the California/Nevada border, the unincorporated community of Verdi is the last town before adventurers disappear into the serene remoteness of eastern Sierra County. Named after Italian opera singer Giuseppe Verdi, the town’s pronunciation is a bit of a conundrum to non-locals, especially considering locals pronounce it Ver-die.

In the early 1900s, Verdi was connected to Truckee, Sierraville, Loyalton, Hobart Mills and Boca via an extensive network of narrow gauge railroad built for logging purposes. The Verdi Lumber Company employed most of Verdi, and had an enormous mill operation thanks to its proximity to lumber-rich Dog Valley and the Transcontinental Railroad. Today, all of the tracks north and west of Verdi are gone, but many of the old railway paths between Verdi, Sierraville and Loyalton remain as dirt roads, evidenced by their gentle grades.

Verdi is steeped in trails history, as the Truckee Route of the historic Overland Emigrant Trail passed through town, the final stop before the treacherous crossing of the Sierra Nevada. Verdi was also the eastern outpost of the heavily traveled Henness Pass Road, the Gold Rush-era version of today’s Interstate 80. So much traffic traveled Henness Pass between the silver mines of Virginia City and the Gold Country of California that all passenger traffic was restricted to day use only, while cargo traffic was run at nighttime.

Verdi’s greatest claim to fame, however, was the site of the very first train robbery in the American West. Barely a year after the Transcontinental Railroad was completed, the November 4, 1870 robbery of a Central Pacific Railroad train in Verdi netted a band of thieves some $41,600 in gold – more than $2 million in today’s currency. 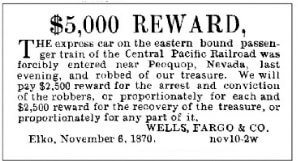 Although their elaborate and daring robbery attempt was successful, their subsequent escape was not. The thieves utilized the Emigrant Trail and Henness Pass to aid their escape, but word of the robbery quickly spread through the region, and by the time a few of the lackadaisical thieves decided to throw down some of their plunder at a roadhouse in Sardine Valley, suspicious innkeepers notified the authorities and the entire band of thieves were caught soon thereafter.

Although most of the gold from the great Verdi train robbery was recovered, a few of the fugitives held out on where they buried their share of the lucre. Somewhere in the mountains above Verdi, a small fortune of gold coins is waiting to be discovered. But in the meantime, the fortune of Verdi is its location and proximity to hundreds of miles of future Connected Communities trails.