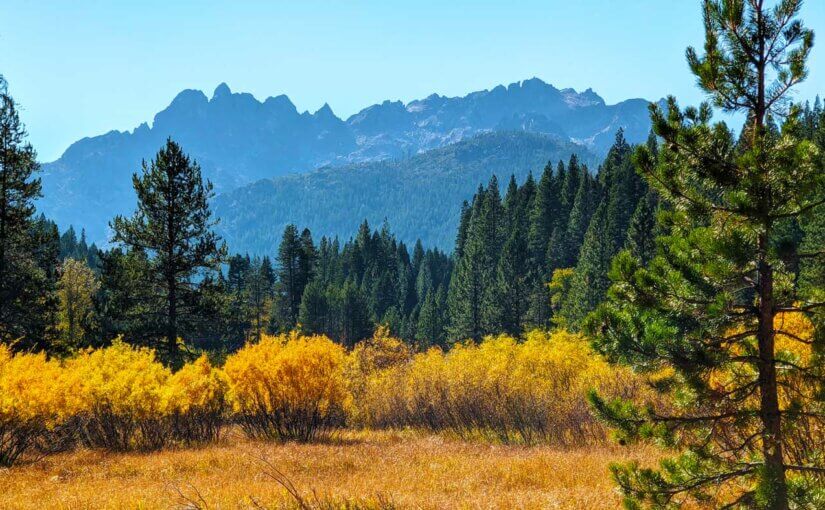 Set at 4,147 feet elevation along the North Yuba River in the shadows of the Sierra Buttes towering high above at 8,587 feet elevation, Sierra City is a beautifully preserved Gold Rush-era town with breathtaking mountain vistas reminiscent of the Swiss Alps. Founded in 1850, the original town of Sierra City was located higher up the south face of the Sierra Buttes than its current location along Highway 49. An avalanche in the winter of 1852-53 decimated the town, forcing the residents to rebuild further down the mountain.

After its reconstruction, Sierra City became a company town, with the British-based Sierra Buttes Company running the highly productive Sierra Buttes Mine, one of the biggest and best-managed quartz mines in the state. The mine ran for more than 80 years, employing an average of 250 miners, most of whom lived in Sierra City.

The Sierra Buttes Mine was a massive gold operation on the south face of the Sierra Buttes. The mine featured nine tunnels ranging from 700 to 5,000 feet in length and as deep as 1,700 feet below the surface. The mine had two massive stamp mills, one with 50 stamps, another with 60 stamps, both water powered to smash thousands of tons of quartz. One of the largest gold nuggets ever discovered in California was found at the Monumental Mine above Sierra City, weighing 106 pounds, a piece of gold the size of a football.

One mile east of Sierra City on Highway 49, the Kentucky Mine Museum keeps Sierra City’s rich mining history alive with engaging exhibits and a 70-foot tall mill building housing the only remaining operational stamp mill in California, complete with a working Pelton wheel.

At its peak, Sierra City had nearly 3,000 people living in its vicinity. Today, Sierra City has 220 residents, and virtually all of the town’s economy is rooted in recreation, particularly from visitors camping in the Lakes Basin region and through-hikers on the Pacific Crest Trail, a 2,600-mile hiking trail running from Canada to Mexico, passing a mile east of town. 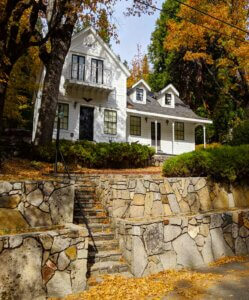 In addition to the remarkable views of the Sierra Buttes, the well preserved Gold Rush-era buildings and rich history, the people of Sierra City are friendly and welcoming, making this tiny historic town a must-stop visit for anyone passing through the Lost Sierra.