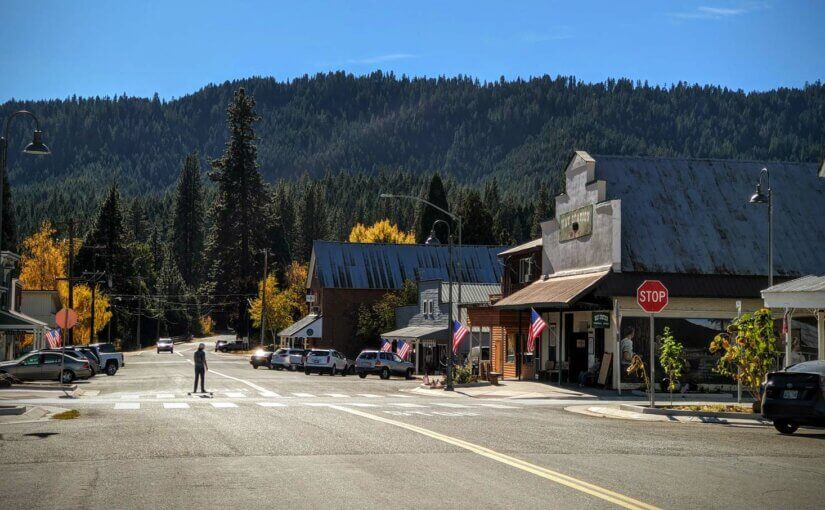 In 1881, most of the Greenville business district was leveled by fire, one year later the town was rebuilt. On August 4th, 2021, again the town of Greenville and surrounding communities were leveled by wildfire; however, this time the rebuild and recovery will take much longer. The 2021 Dixie Fire is the second-largest wildfire in California state history, it burned 963,309 acres and took 105 days to reach 100% containment. Approximately 1,329 structures were lost making the Dixie Fire the 14th most destructive wildfire in California History. Fortunately, the fire resulted in very minimal loss of life, with one Fire Personal perishing due to a non-fire-related incident.   It will take years for the Lost Sierra communities to rebuild and heal from the traumatic 2021 fire season, and SBTS is here for the long haul as we see the Connected Communities Project as a regional resilience project for not only wildfire impacts but economic downturn too. For more on Dixie Fire impacts and ways to donate to recovery efforts please check out Hope Rises.

Strolling down the quaint main street of Greenville is like walking back in time. You won’t see chain stores, or chain restaurants, or chain anything for that matter; most of the businesses in Greenville are locally owned. There are few towns left in California with the personality of Greenville. Aside from the well-kept storefronts and unique building architecture ranging from the 1860s to the 1940s, Greenville’s rural setting alongside the Union Pacific railroad is what makes this town of 1100 residents so endearing. Located in the northwest corner of the Indian Valley along California Highway 89, surrounded by towering timbered peaks on the northernmost fringe of the Sierra Nevada Range, Greenville is only nine miles from Lake Almanor and the start of the southern Cascade Range, home to Lassen National Park.

The story of Greenville started before the town existed, in a neighboring settlement to the south called Round Valley. Founded after discovering a rich gold placer field in 1860, Round Valley quickly became home to 400 miners, with four saloons, a hotel, two sawmills, a post office, a school and a Wells Fargo. A dam was constructed in 1864 that is still standing today where Round Valley used to be, on the shores of Round Valley Reservoir. But the rough road up to Round Valley from Indian Valley was difficult for wagon travel, and people began staking land near the base of the road nearly 1,000 vertical feet below, which is now known as Greenville.

By the late 1870s the town’s population doubled, and by the early 1880s Greenville boasted 500 residents; the second largest community in Plumas County. However, Greenville was not without its struggles, suffering a fire in 1881 that claimed most of the buildings on the north side of Main Street.

Despite numerous fires over the years, Greenville still features many buildings from the 1860s, as well as many built in the early 1900s into the 1930s. It’s this architectural diversity and well-kept nature of the buildings in Greenville along Highway 89 that compel first-time passers-by to pull over and go for a walk.

Like many other Sierra Nevada frontier towns, as mining played out, logging and ranching grew as replacement industries. The community thrived in the early to mid 1900’s on logging and ranching, and to this day there are still ranches in the Indian Valley, some of which are generational dating back more than 100 years.

Logging was particularly prominent in Greenville, especially during World War II, when the appetite for lumber was insatiable. The influx of new residents to California in the 1950s escalated the demand. As a result, lumber and sawmills in Greenville operated around the clock, causing skies choked with smoke from the burning of scrap lumber.

However, the economic future of places like Greenville depend greatly on tourism and recreation. Fortunately for local residents, Greenville and the Indian Valley area have no shortage of remote mountain beauty to share with visitors, and as a bonus, very few crowds.